Technical Illustration – Where it all Began 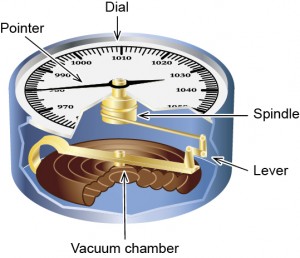 Not quite the first, but one of the first big jobs I ever did designing on computer was technical illustration. I’d learned what I was doing with lots of little ad hock jobs but my first sizable contract of 18 months was as a technical illustrator. Through a local technical authoring company, I got a placement in Hainault, Essex, with Kelvin Hughes Marine Radar. It was one of those jobs that started small, just a few drawings, and ended up running for over 18 months in which time I drew up every spare part in their catalogue – from the smallest capacitor to full assembled radar units in 3-D, with full ships’ bridge layouts.

I have to say, it was one of the most enjoyable jobs I’d ever done, other than an hour and a half drive each way. Not everyone’s cup of tea, doing detailed drawings of large PCBs and all their components, but it appeals to my inner geek. In the end my services were so valued they decided to make my contracting position permanent, with a full-time salary to match… barely enough to cover the petrol, so I moved on to pastures new.

So, it was a real pleasure when in late 2014 I made contact with a new client, Total Training Support who specialise in training for the EASA (European Aviation Safety Agency) Part-66 basic licence. This is the pre-requisite qualification needed to work in the commercial civil aviation maintenance industry. The title says “basic” but at 17 modules covering many thousand pages, it’s hardly as lightweight as the name suggests.

Again I started a trial by illustrating one of the smaller modules, but this quickly expanded to also typesetting and layout from the existing Microsoft Word documents into Adobe InDesign. The manuals are not only large and complex, but are also produced in different layouts and formats. They must be produced in A4 portrait and landscape, with different flow of text and illustrations in each, but are also required in MS Word and PowerPoint as training aids for other training organisations. Finding an efficient way to produce all these variations and keep edits and updates in sync is a publishing challenge which is not for the feint hearted!

In the year I've been working on this project so far I've completed 7 modules comprising 57 chapters, 2,274 illustrations and 6,777 pages so far (phew!). A rough calculation tells me I'm about a third of the way through… but I believe TTS have been breaking me in gently as they are hinting I've not had “the really big ones” yet!

This website uses cookies to improve your experience while you navigate through the website. Out of these, the cookies that are categorized as necessary are stored on your browser as they are essential for the working of basic functionalities of the website. We also use third-party cookies that help us analyze and understand how you use this website. These cookies will be stored in your browser only with your consent. You also have the option to opt-out of these cookies. But opting out of some of these cookies may affect your browsing experience.
Necessary Always Enabled

Any cookies that may not be particularly necessary for the website to function and is used specifically to collect user personal data via analytics, ads, other embedded contents are termed as non-necessary cookies. It is mandatory to procure user consent prior to running these cookies on your website.